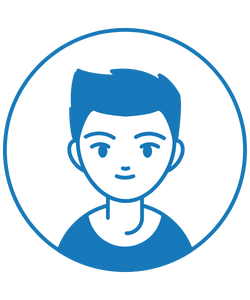 We're gonna get building! Well, that's not quite accurate. Although we know a lot about building, we are not actually builders, which means we get away without doing the actual, physical labor. However, that does not mean we're not involved. We do to great lengths to write articles about construction and contractors on this blog. Some articles are about a specific type of construction. Others are about the process of becoming a contractor. We find that our readers like variety, and so we've done our best to accommodate that. We hope that whatever you read on this website, you learn something useful.

Designing a new building for your restaurant is an …

Rigging Solutions For Your Jobsite
15 November 2022

If you work in construction, chances are you've he …

When working on a residential or retail constructi …

Stucco is a type of plaster that is often used as …

Have you given up on finding an existing home to b …

The possibility a critical system will fail is a major problem. Fortunately, a critical facility implementation project can help your organization significantly reduce its risks. You should understand the elements of the planning process. Critical systems planning services providers tend to focus on these three issues.

Some critical systems have evident value. A meat-packing operation, for example, understands the importance of electricity to running its refrigeration units. Similarly, air freight companies need to keep runways in good shape.

However, you need to conduct a full audit of your operations to establish which ones are mission-critical. Prioritize the ones that would cost your business the most money or time if they went offline. Anything that's permanently unrecoverable comes first. For example, a company that warehouses data might need to plan to keep systems running long enough to avoid data corruption.

Many people focus on the likelihood something might go wrong. This is a mistake. There are many likely scenarios that probably won't cost your business tons of money. If you have a warehouse full of empty boxes, for example, there's a good chance the lights will go out at some point. How costly will it be, though, if the staff has to get by with flashlights?

When assessing risks, the key is to focus on how large the losses will be if something happens. A laboratory might not expect a catastrophic failure of its power system, especially if it has backup generators. However, the scenario where the generators fail at the same time as the main power could mean huge financial losses.

Unlikely events are often the hardest to plan for. The key is to assess the criticality of the facility rather than the likelihood of the event. If beefed-up insulation will increase the odds of the lab riding out a catastrophic power failure, then it's a good investment no matter how unlikely the scenario may be.

If you are preparing to construct a building, this is the perfect time to think about critical facility implementation issues. While renovation presents a few more obstacles, it's also a good time.

Depending on how critical the facilities are, you may need to implement a retrofitting plan even if it doesn't fit your current renovation schedule. By definition, a critical facility is one you don't want to see fail during a low-probability event. Use critical systems planning services to assert control over the situation versus hoping for the best. To get help with critical systems planning, contact a business like Tryg Critical Solutions.